The albatross is much more than just another word in Pink Floyd’s classic song “Echoes”, and the water lily is more than just a pretty flower to feature on our mobile wallpapers – as explained by today’s wonderful Google Doodle, celebrating Earth Day 2019.

Google Doodle has been known for time and again bringing the limelight to the lesser known and the lesser-heard, aiming to raise awareness. Over the past few years, Google’s Earth Day Doodles have highlighted quite a number of concerning environmental issues. The 2019 Doodle can be registered as informative, reminding the humankind once again how beautifully diverse and amazing our planet is.

The six amazing organisms which feature on today’s Google Doodle belong to a wide range of ecosystems – from the deepest cavern of the earth to miles high in the sky.

But, amid the soaring temperatures, melting ice caps and rising pollution, how well are our Earth Day superstars at present? Efforts For Good decides to have a look.

No one has ever become poor by giving
– Anne Frank

Back To School : Supporting Rural Education

No To Hunger : Free Meals To Underprivileged

Provide Oxygen and Ration Kits In And Rural Areas Of Bangalore

The Stray Project : A Thought Of Humanity

Empower Poor Women To Rise Out Of Poverty

Ordered a minivan and sent for modification

The Google Doodle begins with an animated albatross in flight, with its remarkable ability of dynamic soaring that enables it to spend weeks hovering over the sea or migrating – without even flapping its wings once. The wandering albatross has the widest wingspan in the bird world, often reaching up to 3.5 m, the average being 3 m to 3.1 m.

The seabird is presently categorised as a vulnerable species by the International Union of Conservation of Nature (IUCN), just one step short of becoming endangered. Owing to longline fishing, marine plastic pollution and the menace of fishing hooks, thousands of albatross are getting killed every year. Due to heavy trawling along coastlines, many of these birds get caught in fishermen’s nets as bycatch.

Textbooks talk about the monstrously tall Sequoia sempervirens or Coastal Redwood tree of California as the tallest living species on earth, standing at a massive 377 feet. The tree is also one among the oldest surviving flora on the planet.

The species currently features in the endangered category of IUCN list. 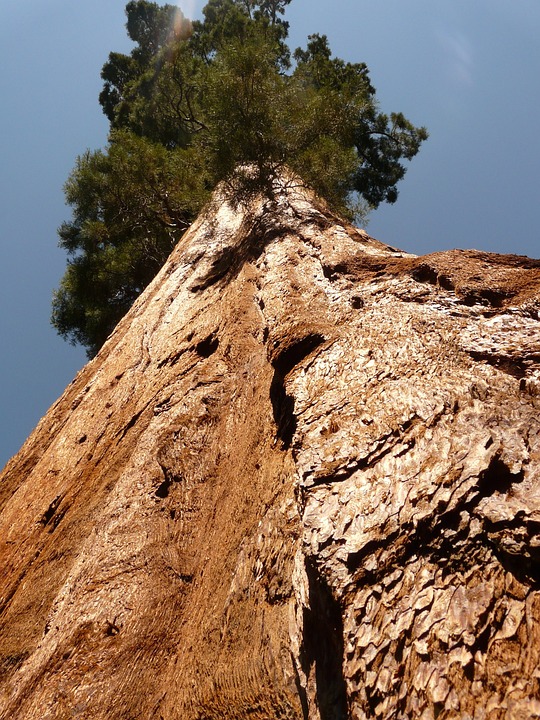 Even two centuries ago, the trees were nowhere near their present crisis, as forests of Coastal Redwood trees covered an enormous expanse of 2,100,000 acres in coastal California. Rampant deforestation due to commercial logging and urban expansion have reduced the number of these marvellous giants to merely a handful.

Since 1918, the Save The Redwoods League has been working actively to preserve these trees. Aside from climate change, they consider lack of awareness, illegal marijuana cultivation and forest fires as the major threats to the Redwood trees. In addition, irreparable damage is being caused by the unfortunate practice of burl poaching, where stress-induced outgrowths or ‘burls’ of Redwood trees are chopped off for their demand in the furniture industry.

A native of Papua New Guinea, the world’s smallest frog is a fairly recent discovery. The species was discovered by herpetologist Christopher Austin and his student Eric Rittmeyer in August 2009. A Paedophryne amauensis frog measures only 7.7 mm and can fit on a human fingernail. But, in one jump, they can cover up to 30 times their body length. Despite the near-microscopic body size, they are noted for their high-pitched mating call resembling insect peeps. Given their size, surviving on the littered rainforest floor is no cakewalk for these frogs. So, they tend to camouflage themselves with the fallen leaves and mimic insect noises.

Though the ‘coin-sized croaker’ in Google Doodle list is not yet a threatened species, climate change and change in the rainforest ecosystem can indeed pose a danger to the survival of the planet’s smallest vertebrate.

Floating in the shallow waters of the Amazon river basin, the Victoria amazonica remains to be one of the largest aquatic plants. They were named after Queen Victoria of the United Kingdom, in the 19th century. This particular species of water lily has quite an interesting history attached to its name. Their beauty and elegance once made them the bone of contention between the Victorian gardeners, who tried to grow the South American native species in enclosed spaces of England. In fact, they had a competition going on as to who would become the first person to flower this water lily in England, which was won by Joseph Paxton and Mr Ivison.

The leaves of this water lily can reach up to 3 m in diameter, thus giving rise to the popular notion that a small person can easily sit and float on one of them.

Though the species does not face any imminent risk of extinction, we ought to preserve the natural sanctity of the Amazon rainforests lest the altered climate may affect them.

“At 407-million-years old, it’s one of the world’s oldest living species,” – so reads the description of Coelacanth in the Google Doodle. These feisty survivors were once considered to be an extinct species which existed over 66 million years ago. However, in 1938, these fishes were rediscovered along the South African coast. A local fisherman had unknowingly caught a Coelacanth, which was identified by Museum curator Marjorie Courtenay-Latimer. Her astonishing discovery was later confirmed by ichthyologist J.L.B Smith.

The ageless miracle survivors are currently under threat due to mismanaged fishing where they end up as accidental bycatch. Hence, the Latimeria chalumnae species of Coelacanth are deemed to belong in the critically endangered category of IUCN Red list, just a step away from extinction.

Living at 1,980 metres below the earth’s surface, the Deep cave springtail (Plutomurus ortobalaganensis) is the deepest terrestrial animal, found only in the Krubera-Voronja cave in Georgia, which is the world’s deepest known cave. Adapted to living in extreme darkness, these insects have no eyes. 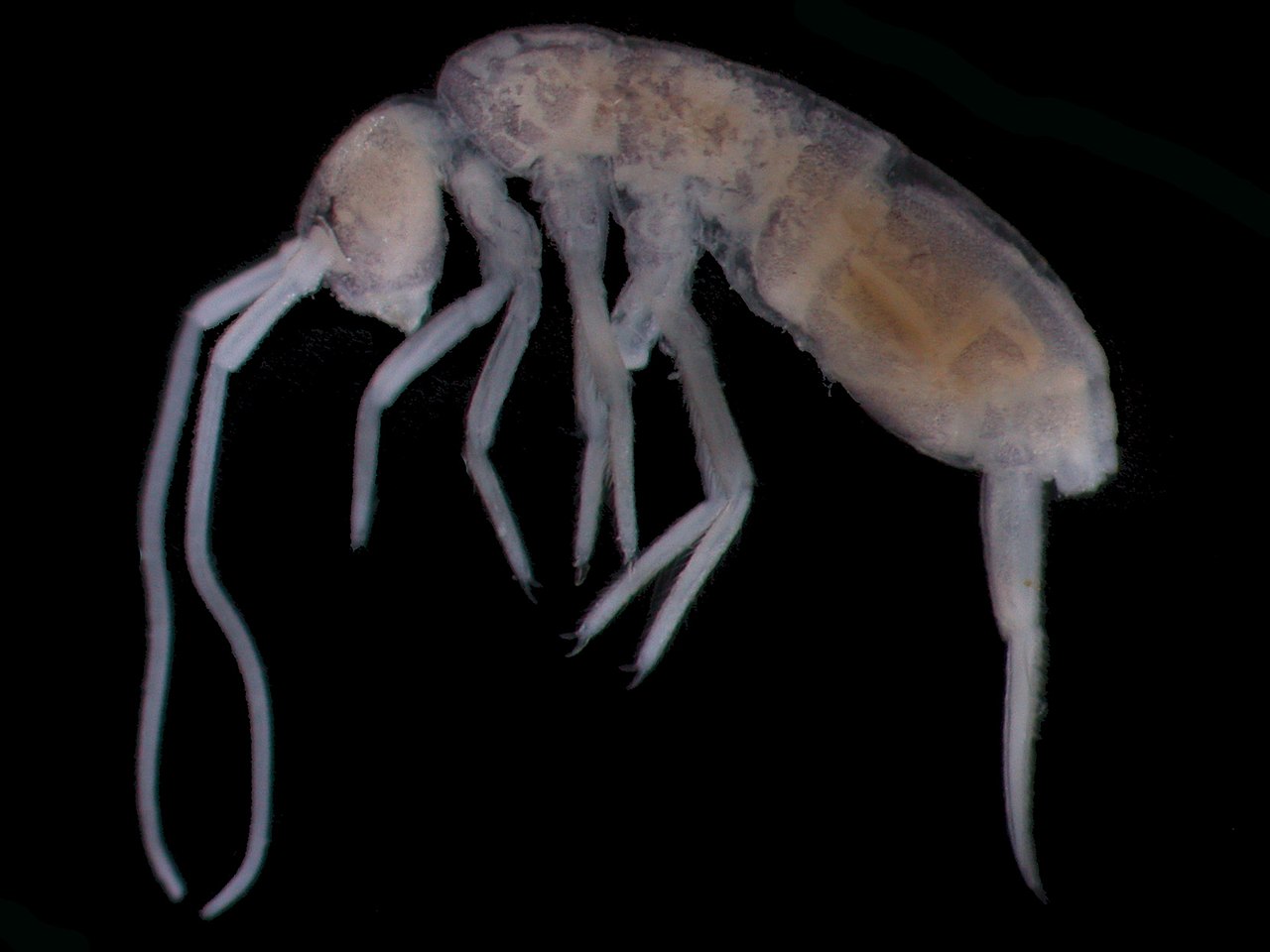 The species was discovered in 2010. Not much is known about them, but undoubtedly they are one of the natural wonders of the earth.

With the extension of the lockdown the crisis of migrant labourers and daily wagers has just grown bigger due to uncertainty and fear of future. In the migrant colonies, slums and for people in the villages hunger and desperation is building up day by day. This is high time we step up our efforts to support our people who are in dire need of food and hygiene essentials to survive the pandemic, Covid-19.

After the India-wide lockdown, a lot of jobless migrant workers are stuck in cities with hardly any resources while many started retreating back to their villages. With the loss of livelihoods, a large number of them are now struggling to support their families.

Goonj activated its pan India teams and a pan India network of partner organizations and volunteers in urban and rural India. This network, built over the last two decades, helps them learn from the ground, reach material quickly and review and adapt strategy periodically. Intensifying this network has helped Goonj reach and start work across 17produced states/UT in the last three weeks.

Back To School : Supporting Rural Education

No To Hunger : Free Meals To Underprivileged

Provide Oxygen and Ration Kits In And Rural Areas Of Bangalore

The Stray Project : A Thought Of Humanity

Empower Poor Women To Rise Out Of Poverty

Ordered a minivan and sent for modification

Majority of the Covid-19 relief work by non profits right now is in the metros and cities but Goonj is the only non profit that is also simultaneously focusing on the people in the villages and the ones stuck on highways or somewhere.

Goonj is targeting daily wagers, migrants and other vulnerable groups, who even traditionally are left out like the disabled, sex workers, LGBTQ community.

“COVID-19 is a crisis, yes…But, it’s also an opportunity for us to build the society anew. Not ‘for’ the people…but, ‘with’ the people. And in the process, we will build ourselves too.” – Anshu Gupta, Founder-Director, Goonj.

Wherever Goonj got the permission to open their centres for packing and disbursement of relief material kits, they are creating a kit consisting of 20-30 kgs material including dry rations, masks, sanitary pads and other hygiene material and reaching them to people, as per needs and as per regulations with all safety precautions. This kit will help a family survive for 30 days.

In Goonj’s processing centers its trained team of women are making cloth face masks and cloth sanitary pads (MY-Pads), keeping all the precautions and with the permission and cooperation of the local authorities.

In this lock-down phase if you are facing any difficulty getting sanitary pads or you are running out of stock, here’s a detailed but very simple process of making Cloth Pads at home created by Goonj. “This is how we make Goonj MY Pads.” This is how our mothers and grandmothers turned their spare cloth into pads.

This disaster, unlike any other, is unprecedented in its scale and impact and that’s why we all must do our bit with Goonj to continue its relief work for millions of people in this still unfolding long-tailed disaster.