The incredible lifetime effort of Thimmakka, popularly known as ‘Vriksha Mathe’ (mother of trees) was brought to the fore with her Padmashri win this year, at the age of 106 years. In 80 years, Thimmakka has single-handedly planted over 8000 trees and treated trees as her own children, which she biologically never had.

However, Thimmaka is not the only example of afforestation crusaders in India. On the occasion of Earth Day 2019, Efforts For Good shares the story of ten people, whose sole efforts have sprouted lush, green forests in barren drylands all over India.

No one has ever become poor by giving
– Anne Frank

In Madhya Pradesh, IIT-IIM alumnus Sandeep Saxena seems to have found an ancient solution to thwart an impending agricultural crisis – by planting over 6000 acres of ‘food forests’.

“We are basically structuring a proper forest, but a sizeable part of it can come in use for human consumption, but only up to a certain limit that does not affect the ecological balance,” he shares with Efforts For Good.

His organisation Aranyaani is raising ‘food forests’ in 2500 acres of fallow lands in the central state. Aranyaani is also assisting farmers to manage such food forests on their own landholdings, amounting to another 4000 acres approximately.

Uttarakhand’s Vishweshwar Dutt Saklani was a staunch conservationist, who started planting trees when he was just eight years old and continued the practice diligently till his demise at the age of 96. Saklani was also a noted freedom fighter in his youth. In 2009, he lost his eyesight as mud and pebbles went into his eyes while planting trees. Even without eyesight, he continued planting thousands of trees.

He planted over 50 lakh trees in the hinterlands of his home state Uttarakhand. For him, the trees were everything. He referred to his trees as his family, his parents, his friends and his world.

In 35 years, this tribal man from Jorhat, Assam has planted a 1,360-acre Molai forest along a barren sandbar beside the Brahmaputra river. The forest presently houses a wide range of wild animals, ranging from Royal Bengal tigers, elephants to rare species of rhinoceroses and reptiles. An incident in 1979, when Jadav was a young teenage boy, deeply pained him when he saw over a hundred dead snakes on the deserted sandbar, who were scorched to death in the extreme heat. While local villagers discussed how trees could protect these animals from the heat, a teenager Jadav took up the onus of planting one sapling a day, a practice which he kept up for the next three decades.

This agricultural labourer with no formal education had planted the longest stretch of mangrove forest in Kerala, spanning across 500 acres. Hailing from Ezhom, Kerala, he has planted more than one lakh mangrove saplings in the past 25 years. 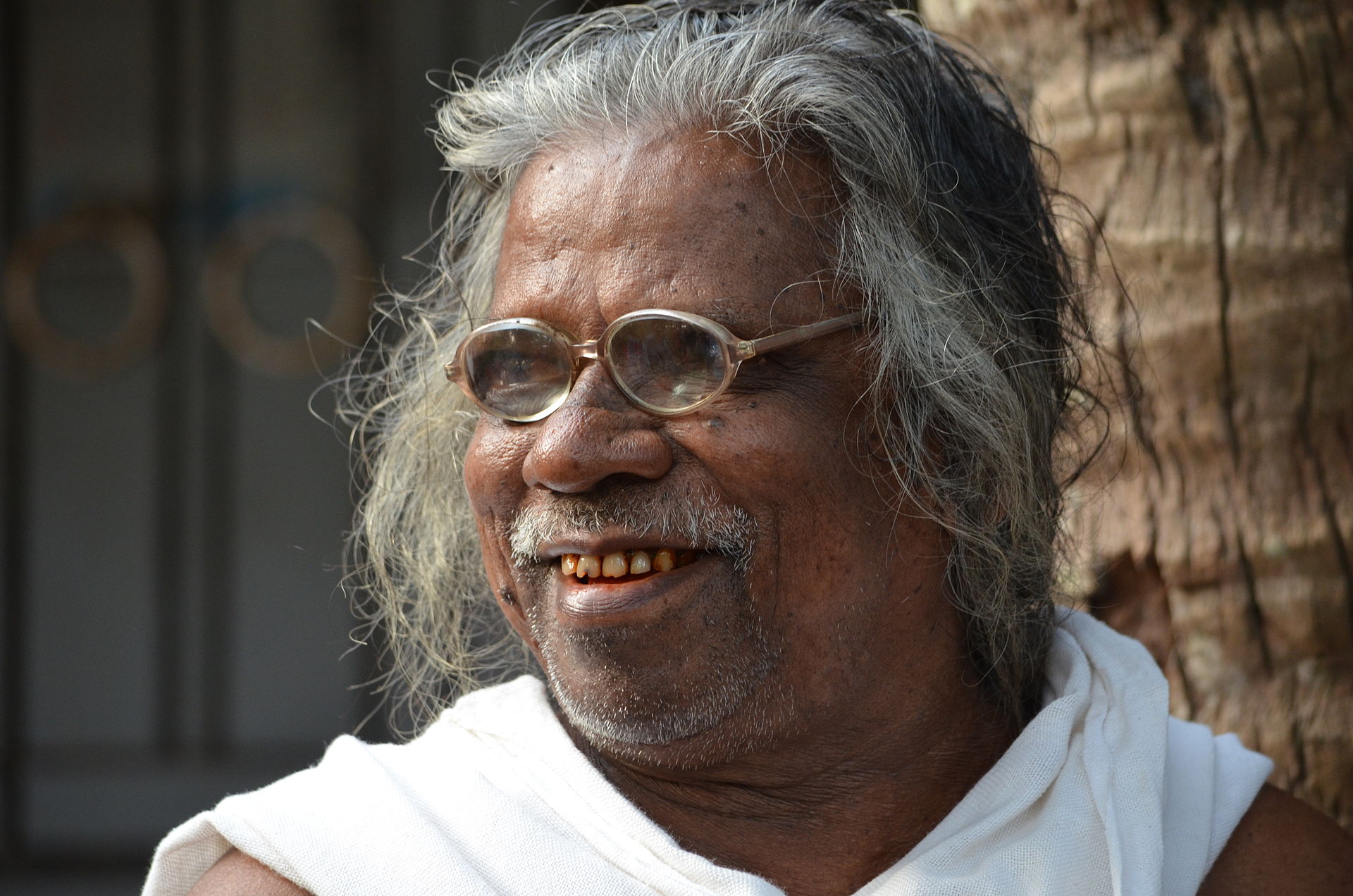 At a young age, Pokkudan was inspired by the Save Silent Valley movement. But his final push came in 1989 when he saw a group of children being swept away in the high tide during a storm. He decided to start planting mangrove trees along the river banks and coasts to protect the village commuters.

Kallen Pokkudan breathed his last in 2015.

Known as ‘Chettla Ramaiah’ to all, this man from Telangana has planted over 10 million trees so far. The residents of Khammam district in Telangana recognise him at a glance, as the man who always carries saplings and seeds in his bicycle. He traverses miles after miles, planting trees and sowing seeds in barren lands, dreaming of forests to come up there. Whenever any illustrious personality visits his area, Ramaiah ensures that the person plants at least one tree, adding on to the greenery of the area. He also spreads environmental awareness about the need for afforestation through paintings, slogans and flexes in Telugu, which are posted on the walls of the village homes.

23 years ago, the Karnataka-based couple bought 55 acres of fallow land from farmers who quit practising agriculture in those plots due to excessive rainfall. Today, the 300-acre SAI (Save Animals Initiative) Wildlife Sanctuary stands in the same place, which is home to tigers, leopards, elephants, rare species of deer etc. Their afforestation efforts came to a full circle when the sanctuary was officially opened for public in 1991, offering visitors a unique jungle experience in India’s one and only private wildlife sanctuary. Aside from the diverse wildlife, the sanctuary also houses several rare species of flora.

Interestingly, the entire sanctuary was developed by the Malhotra couple entirely from their own savings.

This businessman from Kerala holds a unique feat to his name. Across seven states of India, he has planted not one, not two, but 40 large forests. His efforts gleam the brightest hue of green in the states of Gujarat, Andhra Pradesh, Rajasthan, Chattisgarh, Karnataka, West Bengal and Maharashtra.

Nair is a self-made entrepreneur, who dropped out of school after failing his 12th, and then rose to the pinnacle of material success through a lot of struggle.

His association with plants began quite recently, around six years ago, when he noticed hundreds of trees being cut in Gujarat for a road project. The sight of a fallen bird nest with the helpless cries of tiny birdlings deeply moved him. Soon, he bought a plot of land and planted nearly 1500 trees in the popular Japanese method of Miyawaki. His work got noticed and before long, he was called from different states to replicate the initiative on a larger scale. Through his latest project – Pulwama Shahid Vann – he aims to plant 40,000 trees in 40 days in memory of over 40 martyred jawans of the Pulawama terror attack.

He started with planting one sapling outside his house in 2007. Through his friends and family, the movement amplified to the extent of regular plantation drives in different areas of the city. Contributions started pouring in, so did the help from nature-lovers, who volunteered with Say Trees to plant saplings.

At present, his organisation Say Trees plant over 1 lakh trees in a year.

A lawyer from Kolkata, 43-year-old Mantu Hait has planted 25,000 trees in the past decade, through the innovative technique of ‘guerrilla gardening’.

Mantu, who grew up in a village setting with an abundance of trees, started noticing a gradual decline in their numbers as he grew up.

In 2010, he finally decided to transform his afforestation dreams into reality. As his initial appeals to the municipality fell to deaf ears, he resorted to the technique of ‘guerilla gardening’ which permits a person to undertake tree plantation in abandoned lands or own private plots.

In the one kilometre urban stretch afforested by Mantu, over 250 varieties of trees can be found, along with several species of animals and birds.

Unlike the rest in this list, this environmental crusader from Assam has quite a dark past. A former militant of the Bodo community, Daimari himself gave up arms around 10 years ago, followed by 35 of his fellow associates. Procuring some abandoned land from the government, the group planted a wide variety of plant species, especially rubber trees. Eventually, the 22.24 square kilometre wide Bhairabkunda Reserve Forest came up in the outskirts of Guwahati, thanks to the team’s dedication.

With the extension of the lockdown the crisis of migrant labourers and daily wagers has just grown bigger due to uncertainty and fear of future. In the migrant colonies, slums and for people in the villages hunger and desperation is building up day by day. This is high time we step up our efforts to support our people who are in dire need of food and hygiene essentials to survive the pandemic, Covid-19.

After the India-wide lockdown, a lot of jobless migrant workers are stuck in cities with hardly any resources while many started retreating back to their villages. With the loss of livelihoods, a large number of them are now struggling to support their families.

Goonj activated its pan India teams and a pan India network of partner organizations and volunteers in urban and rural India. This network, built over the last two decades, helps them learn from the ground, reach material quickly and review and adapt strategy periodically. Intensifying this network has helped Goonj reach and start work across 17produced states/UT in the last three weeks.

Majority of the Covid-19 relief work by non profits right now is in the metros and cities but Goonj is the only non profit that is also simultaneously focusing on the people in the villages and the ones stuck on highways or somewhere.

Goonj is targeting daily wagers, migrants and other vulnerable groups, who even traditionally are left out like the disabled, sex workers, LGBTQ community.

“COVID-19 is a crisis, yes…But, it’s also an opportunity for us to build the society anew. Not ‘for’ the people…but, ‘with’ the people. And in the process, we will build ourselves too.” – Anshu Gupta, Founder-Director, Goonj.

Wherever Goonj got the permission to open their centres for packing and disbursement of relief material kits, they are creating a kit consisting of 20-30 kgs material including dry rations, masks, sanitary pads and other hygiene material and reaching them to people, as per needs and as per regulations with all safety precautions. This kit will help a family survive for 30 days.

In Goonj’s processing centers its trained team of women are making cloth face masks and cloth sanitary pads (MY-Pads), keeping all the precautions and with the permission and cooperation of the local authorities.

In this lock-down phase if you are facing any difficulty getting sanitary pads or you are running out of stock, here’s a detailed but very simple process of making Cloth Pads at home created by Goonj. “This is how we make Goonj MY Pads.” This is how our mothers and grandmothers turned their spare cloth into pads.

This disaster, unlike any other, is unprecedented in its scale and impact and that’s why we all must do our bit with Goonj to continue its relief work for millions of people in this still unfolding long-tailed disaster.